I wish this story was called “Meeting George Benson” like my Joe Pass story, but it really wasn’t the same at all, although I did get to say hello and shake his hand. George was in town for a Jazzoo Concert at our Cincinnati Zoo. This would have been sometime in 1992. I had been playing at the Blue Wisp Jazz Club in downtown Cincinnati for a couple of nights a week ever since my return to Cincinnati from the service.

At that time I was playing Thursdays with the great tenor sax player Jimmy McGary, and drummer Art Gore (who toured with George for a while), and string bassist Bob Bodley. Jimmy was a Cincinnati treasure, like Cal Collins, or Kenny Poole or more.

Also from Cincinnati is Wilbert Longmire of some fame and he was a friend of George’s. Benson has a long history of showing up at the local jazz clubs while touring, so it was no surprise when I started hearing a lot of voices at a table near the front. I don’t usually look around much when I play, but I started to fear it was George. Indeed it was, and he had a small entourage with him along with Wilbert.

We took a break, and when we started to make a move towards going back on, Georges’ group kept telling him to play. He finally agreed and played my Ibanez. Now remember in those days we didn’t have cell phones with cameras or recording devices at our fingertips, so this went mostly undocumented. George played a gorgeous solo version of ‘Round Midnight on my Ibanez like he had been playing it his whole life. It was a truly amazing rendition and I only wish we could have recorded it.

Then he handed me the guitar and his crowd begged him to sing, so he sang Green Dolphin Street as we played. I am thrilled and thankful to say that by that time, one of my other musician friends, Jim Connerly,  had rummaged around the bar long enough to find a camera, and he snapped a pic of us playing while George sang. 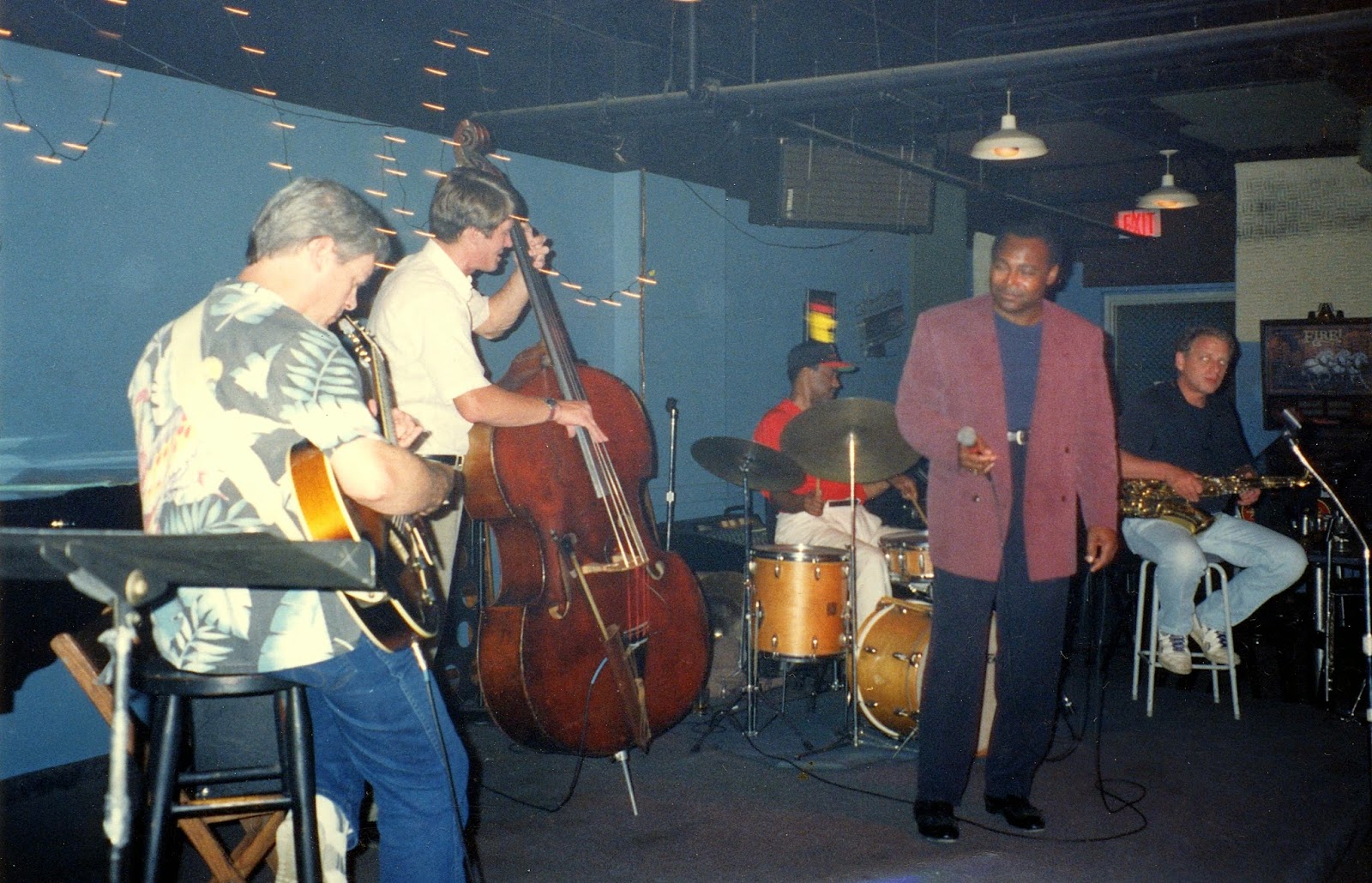 So in the picture is me of course on guitar (scared to death I might add), Bob Bodley on string bass, Art Gore on drums, Mike Campbell on tenor (sadly by this time Jimmy’s health was failing and he was out sick that night), and of course George Benson in front looking on and admiring my playing (LOL).

After that George rejoined his group and I think at the next break I did go over to the table and meet him but it was just a real quick handshake and that was it. Really wish he would have played a few tunes with the whole group because they were a very swinging rhythm section. But it was still an amazing night and a tremendous thrill.

How I got started in music & the military